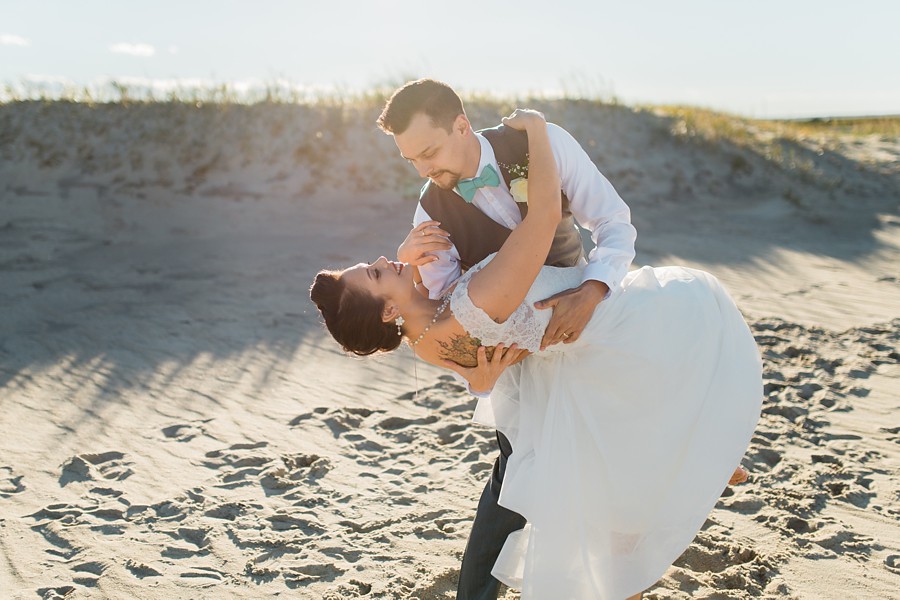 I’m a big believer in the idea that everything happens for a reason, and that we need to be open to the ebb and flow of life because maybe, just maybe, our plan isn’t “the plan”. And thank goodness that Emily and Phil seem on board with that thought process. Their original plans were put off course less than a week before their wedding thanks to a hurricane (major props to Emily for not just curling up in a ball and giving up). They rescheduled for this past weekend, thinking we were all clear for decent weather, but the weather decided to have a little fun with us and sent some major force winds our way-apparently they were destined to have hurricane like weather regardless.
The first look was scheduled to be on the bay but the wind gusts forced us to relocate last minute. With a little luck the house where Phil proposed to Emily was open and we were able to do their first look there, a place with so much more meaning and sentimentality (see what I mean about a plan?).
The back up plan was to move the ceremony indoors, but Emily and Phil had faith that the winds would calm on the ocean side and again, everything pulled through and they had a gorgeous, slightly breezy intimate gathering surrounding by some pretty awesome waves.
I apologize for being so wordy, but these two were absolutely awesome through everything that was thrown at them and need some recognition. A change in plans is what you make it, and they made the best of it. Plus it gave them a few extra weeks to practice their first dance which was like a 20 on a scale of 1-10.
I’ll go ahead and get to the point of this post, the pictures! (Major props to anyone who can guess which song is playing in the last 2 sets of images)